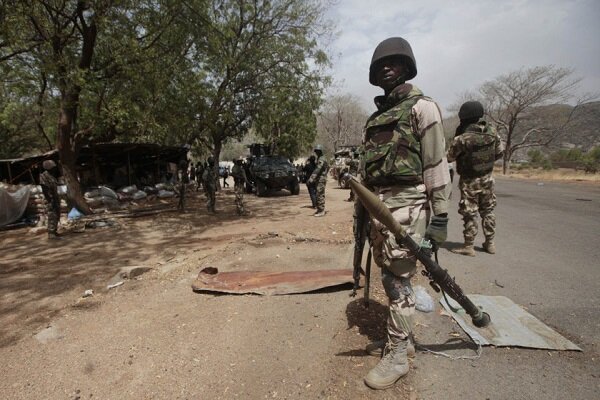 The Nigerian Army’s Public Relations Commander said in a statement that Nigerian military forces killed more than 50 ISIL members and destroyed their military equipment in a large-scale operation in “Skira Oba” district in Nigerian State of “Borno”, RT reported.

The Nigerian Army added that the commander of a battalion and three Nigerian soldiers were also killed in the operation.

Following the attack of ISIL members on the northeastern Nigerian city of “Dikko” last May, 34 people including five soldiers and 15 forces backed by the Nigerian army were killed.

A 12-year insurgency by terrorist groups in the Nigerian region, which extends to Niger, Chad and Cameroon, has so far killed at least 40,000 people and displaced another one million.

Syrian troops, residents block another US convoy in Hasakah, force it to retreat

US forces carry out heliborne in E Syria, kidnap civilians

18 people arrested in Turkey on charges of coop. with ISIL

Nobody did more in defeating ISIL than Gen. Soleimani